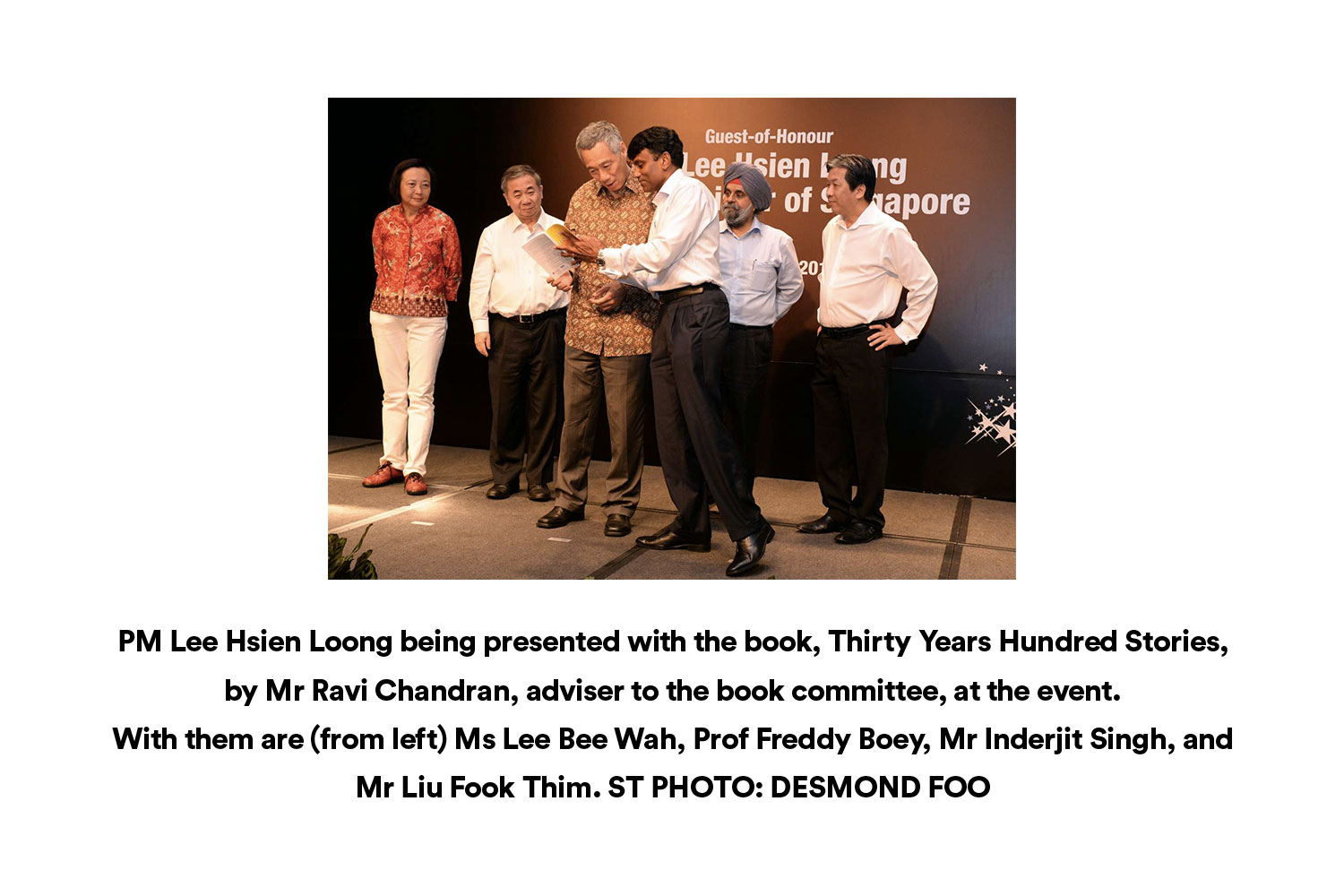 Posted at 10:31h in Partners' News by scutlr 0 Comments
Share

The pioneer batch of engineering graduates from Nanyang Technological Institute (NTI) excelled not only in that field, but went on to apply their training and distinguish themselves in public life.

Such engineering expertise will continue to be needed in the next phase of nation building in Singapore, Prime Minister Lee Hsien Loong said yesterday.

This, he added, applies “whether it is upgrading infrastructure, or overcoming constraints such as lack of space and natural resources or turning the country’s vision of a Smart Nation into reality”.

He was speaking at the 30th anniversary alumni dinner of the Class of 1985 at NTI, now Nanyang Technological University (NTU).

While they have built successful careers, they have also given back to their alma mater and the engineering fraternity, Mr Lee noted.

In just 30 years, NTU has become one of the world’s top engineering colleges, with over 2,000 faculty members and staff, and 14,000 students. It has also done “very well” in the latest World University Rankings, he observed.

The NTU and National University of Singapore (NUS) leapt into the top 13 of annual rankings by London-based education consultancy Quacquarelli Symonds this week. NUS took 12th spot, up from 22nd last year, and NTU moved up to 13th place, from 39th.

But Mr Lee cautioned that the universities’ key performance indicator (KPI) should not be how high their rankings are. “Rather, the KPI must be how well our universities serve Singapore,” he added.

These KPIs include whether they are “academically and intellectually rigorous and vibrant”, yet develop an authentic Singaporean character, whether they provide holistic education and help to build skill sets relevant to the economy. They should also imbue in students “a sense of loyalty and belonging to Singapore”, so they are rooted here and want to give back to the country.

Speaking before Mr Lee, NTU provost Professor Freddy Boey said the school is not focused on its rankings but on enhancing the value of its graduates. The sharp rise in the university’s ranking, he said, came as a surprise but “we did work hard for this surprise”.

It was a point the PM picked up in his speech. “Surprised but he worked hard for it, sounds like what should happen in general elections,” Mr Lee quipped to laughter from the guests. The People’s Action Party got 69.9 per cent of the popular vote in the Sept 11 General Election, a margin that Mr Lee said exceeded expectations.

Last night, the Class of 1985 also launched a book, Thirty Years Hundred Stories. It contains 100 stories of engineering accomplishments in Singapore over the past 30 years. Mr Lee said it tells part of the Singapore story – “how we turned vulnerabilities into strengths with human ingenuity and good engineering”.

Mr Liu Fook Thim, chairman of the book committee, hopes it will inspire today’s young people to consider an engineering education and to take up an engineering career.

He said: “We want to create an awareness that there’s a lot of demand for engineers in Singapore, and lots of opportunities now and going forward.” The Government is also looking at building up engineering capabilities within the civil service, which will open up a pipeline of opportunities for engineers, he added.

The book costs $19.90 (before GST) and will be available in major bookstores from next month.