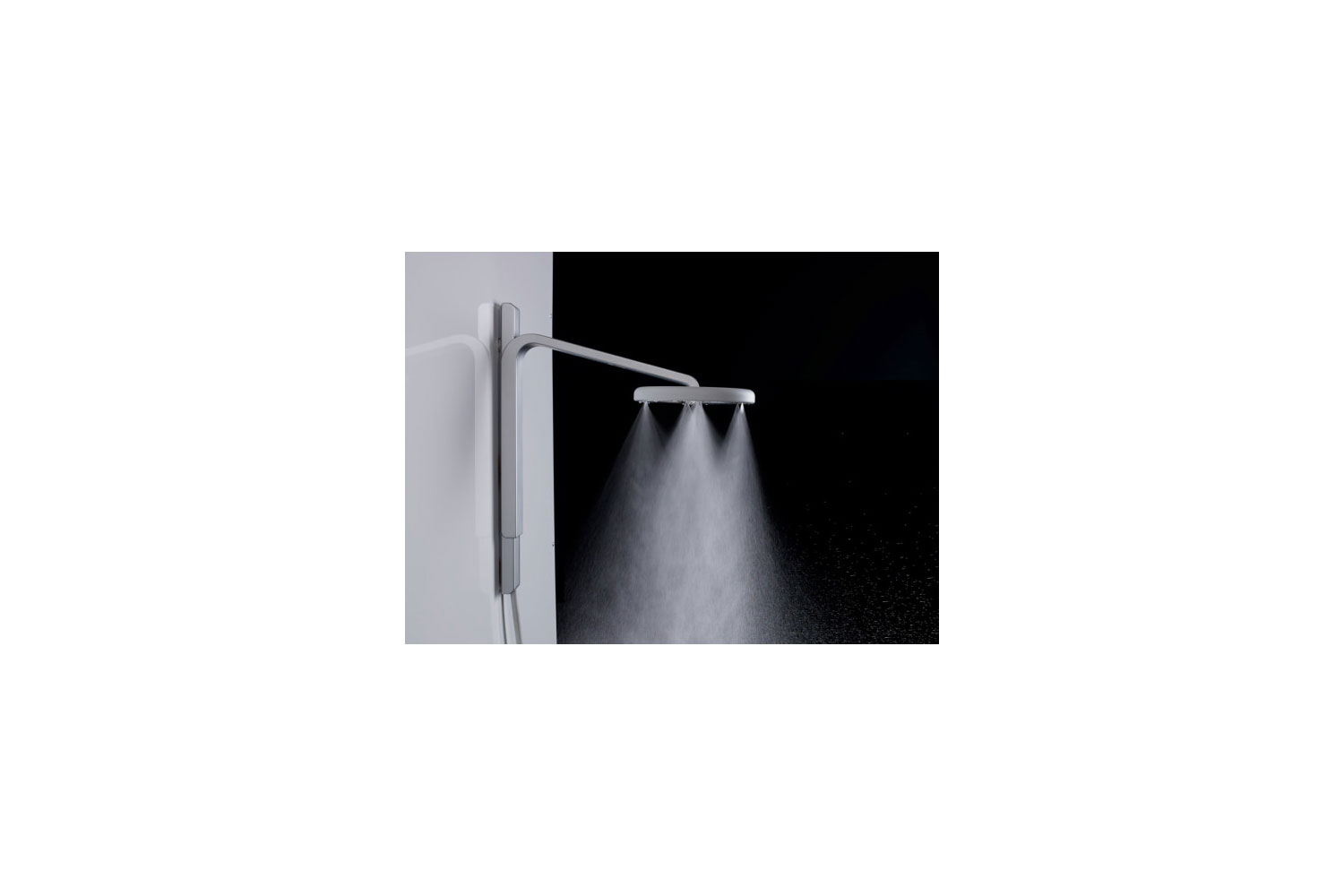 12 Aug Can A Shower Head Be Efficient And Luxury At Once?

Posted at 06:21h in Partners' News by scutlr 0 Comments
Share

Showers are wasteful—warm, comforting, refreshing waste. Nebia, a new shower head launching on Kickstarter today, aims to wash away a little of the guilt that comes with daily showering with a design that it claims is not only less wasteful, but a better showering experience than traditional sprayers.

The pitch is simple: most shower heads push water from the pipe out of tiny holes that create pulses of water or diffuse mists. By “atomizing”—think perfume, not CERN—the stream of water through six nozzles arranged in a halo, the Nebia creates a steady stream of pressured “cozy mist” that still gets the conditioner out of your hair but uses a claimed 70% less water than a traditional, low-flow shower head. (0.75 gallons per minute as opposed to around 2.5 gallons per minute for a typical shower head.)

“We used software that we repurposed from jet engine simulation [and] internal combustion simulations to [design the Nebia],” says Parisi-Amon, who before his iPhone days studied thermofluids at Stanford. The company used computational fluid dynamics software Ansys CFX to model water flow while building over a dozen prototypes. “The difference is that those simulations tend to be micro-second simulations and we had to repurpose that code to do what we’re doing, which is looking at a nozzle flow over a meter or two over minutes, not seconds.”